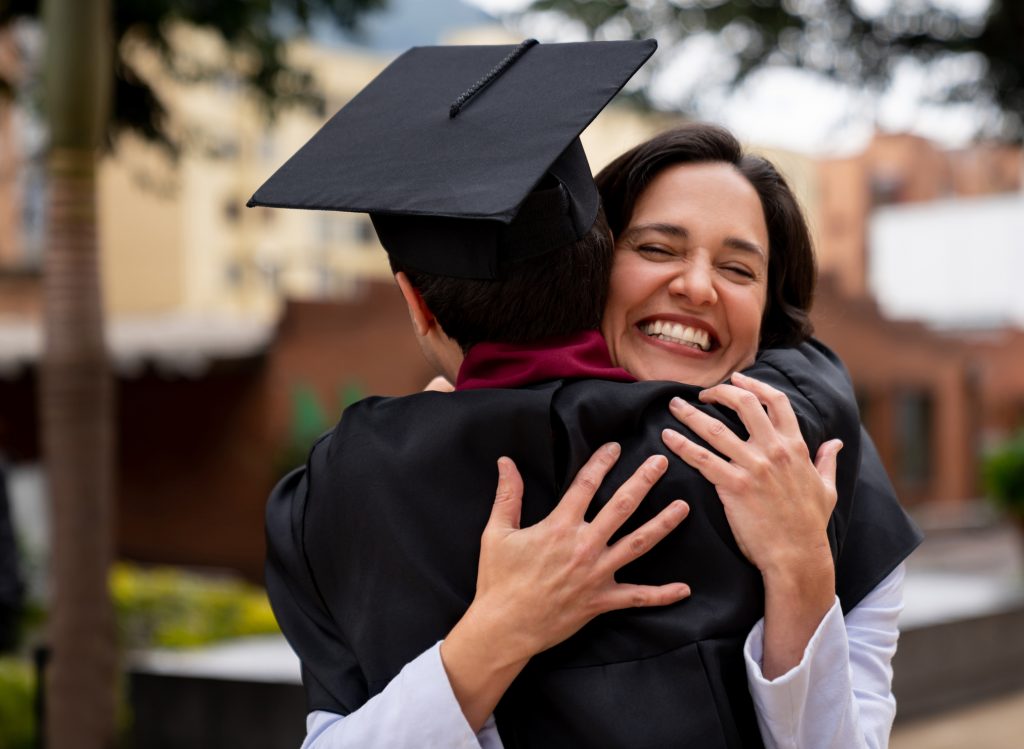 It is a fact that a college education can be very expensive.  Even at lower-priced, state-supported colleges a four-year degree can still cost in excess of $100,000.  College tuition and fees continue to increase at an alarming rate.  These increases have made paying for college practically impossible.

In a recent survey conducted by the American Council on Education, it was found that financing their children’s college education is one of the top concerns facing American parents today.  Although parents generally have good intentions, there are many unforeseen circumstances along the way that prevent them from saving a sufficient amount of money to pay for their children’s college education.

With today’s economy and the inflation we have experienced over the past twenty years, this problem is far more evident now than it ever has been in the past.  It most often takes two incomes just to meet the family’s budget.  Unfortunately, after paying the family’s monthly expenses, there is usually not much left over for the student’s college education.

Fortunately, you do have options!

As more and more students enter college and the financial aid system balances between supply and demand, financial aid offices are being forced to use their funds to attract the strongest applicants.  These strongest applicants will be the students who demonstrate the most convincing record of academic and extracurricular achievement, school and community involvement, and the desire to succeed in life.

Years ago colleges looked at financial aid as a charitable operation run within the institution.  Financial aid has now become a strategic tool that is commonly used to recruit students that colleges would most like to enroll.

Scholarships, grants, and tuition discounts are how colleges commonly label their funding – when, in fact, all of these monies are actually rate reductions off of the institution’s total cost of attendance.  The vast majority of colleges are using these reductions to get the best blend of good students and paying customers.  Their business approach is simple: get the family to pay as much as possible and still get the student to attend.

Although the admissions battle that colleges are facing is becoming more widely publicized, behind the scenes, most colleges are actually in a huge financial battle to fill their seats with the most attractive candidates.

The very wealthy schools (basically the Ivy Leaguers) are still in a seller’s market.  In other words, they can most often command that a student (and family) still pay the sticker price.  Bear in mind that this is not in all cases – but certainly in most.

However, there are hundreds of high-quality institutions that are very comparable to the Ivy Leaguers.  These are mainly private institutions that offer a wide range of course / major specialties.  These colleges have found themselves in the midst of a bidding war to attract desirable students.  These institutions are where the majority of the real educational bargains can be found.  These institutions offer the finest in education, most often at a discounted rate (as compared to their publicized cost of attendance).  More for your money!

You must be careful, however.  Although these schools will most often discount, they will also reduce their discounts (not offer as much financial aid) to students who may be less attractive or more likely to attend no matter what the offer of funding may be.

Due to the intense competition, these colleges are constantly looking for those students whose decision may be swayed by financial aid.  This is a true buyer’s market.  This buyer’s market puts the student (and family) in a very strong position, and in most cases allows the student to call the shots.

When it comes to choosing the perfect college for you, it is not all about the money.  The courses / degrees offered, the size and location of the institution, and the quality of education are obviously huge additional considerations.  Although money is not your sole consideration, it certainly comes into the picture.  Everybody wants the best value for their money!

Exploring your educational options and keeping those options open can have a huge impact on your future.  What you may be offered from one institution may be far different from what the next is willing to discount just to get you to attend.

This again emphasizes the importance of effectively preparing yourself while in high school.  This preparation not only helps make you a well-rounded person, it will also help make you an even more attractive candidate, which puts you in a stronger position when it comes to paying for college. 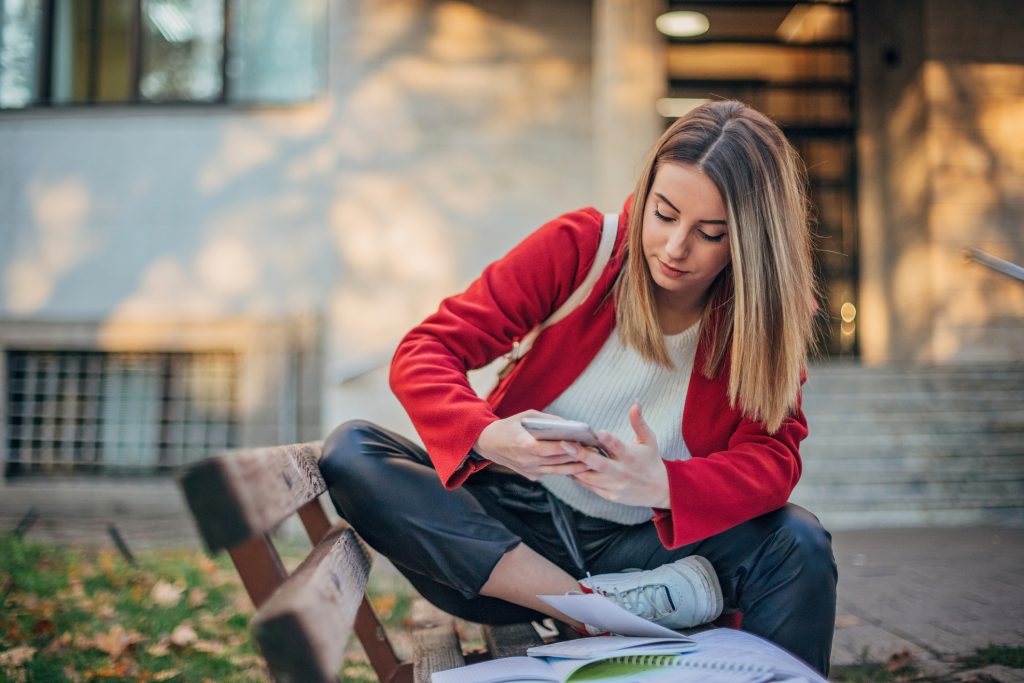 To effectively devise a plan to pay for college, it is important to understand where the money really comes from.  Funding for college comes from three basic sources – the federal government, the college, and the private sector.

There are two basic types of funding – gift aid (money that does not have to be repaid), and self-help aid (money that is either worked for or borrowed).  Gift aid is commonly in the form of scholarships, grants, endowments, and tuition discounts.  Self-help aid is made up of work-study programs, along with federal student and parent loan programs.  Nearly all funding packages have a combination of both gift and self-help aid.

The government’s money is passed to the colleges and universities and is then distributed to the students by the institutions.  Government funding may be in the form of gift aid or self-help aid and is based primarily on the student demonstrating financial need.

Private sector funds are very attractive; however, it takes a great deal of time and effort to locate and match potential awards with the student’s situation and achievements.  Although attractive, it is important to know that according to the Institute of Higher Education private sector scholarships make up only about three percent (3%) of all awarded funding each year.  In addition, nearly all private sector scholarship sponsors set their own rules.  In other words, they are not obligated to respond to a request for an application, nor are they obligated to notify an applicant if their application is incomplete.

Although funding for college was originally designed to go to those who need it the most, it actually goes to those who know the most about the process.  Typically, the more you know about deadlines, strategies, where funding comes from, and who is most likely to be awarded funding, the more money for college you will receive.

Your preparation for college will be time well spent.  With successful preparation, you will most likely be able to gain admission to your dream school and receive enough money to attend.  In addition, your preparation will also make you a well-rounded person who will be better suited to face whatever the future may present.

High school sophomores and juniors are already competing for admission spots and funding dollars.  Your competition is working hard – shouldn’t you?

If you are a sophomore or junior – start now!

If you are in your senior year – time is valuable.  Set your goals, devise a plan, and give the extra effort necessary to “make up” any vital steps in the process that you may have missed.

The FAFSA is the Federal Government’s Financial Aid Application.  It helps determine how much the family should contribute towards the cost of the student’s education each year.  This amount is called the Expected Family Contribution, or EFC.  The Federal Government uses a formula called “Federal Methodology” to determine the family’s EFC.

Income and Related Data – The parents’ and student’s Adjusted Gross Income (AGI) are factored into the FAFSA formula.  The number of people in the student’s household, the number of students in the family that will be attending college during the year, the amount of Federal income taxes paid, and amounts contributed to retirement plans are just a few examples of other factors involved in the formula.  Adjusted Gross Income effects the EFC much like earned wages and miscellaneous income affect Federal income taxes.

Assets – It is important to know that there are assets that are assessable (counted) and those that are not assessable (not counted) in the Federal Methodology Formula.  These non-assessable assets can be equated to a tax deduction on your Federal Income Tax Return.  By positioning assets into the non-assessable column, your family’s EFC will often be lowered.

Approximately three hundred (300) of the nation’s selective colleges and universities ALSO require the CSS/Profile Financial Aid Application in addition to the FAFSA.  The CSS/Profile is a more detailed version of the FAFSA and assists the institution in gathering additional financial information.

Mainly private institutions use the CSS/Profile and the Institutional Methodology Formula.  These schools may recalculate and assign the family a new (different) EFC.  Generally, the more expensive the school, the more funding they have available.  Therefore, the institutions want to know more details about what the family is able to contribute before funding is offered.

In many cases, the private institution has much more gift money to award than a public school.  This is why a seemingly more expensive private school may actually be the same price, or less, than a state-funded school.

Institutions are responsible for distributing the Federal Government’s funding as well as their own endowment funds.  Institutions will commonly deduct the EFC from their total Cost of Attendance (COA) and the balance is referred to as the student’s financial need.  Note – Tuition, fees, room and board, books and supplies, transportation allowance, and miscellaneous personal expenses often make up the COA.

In addition to meeting a percentage of the student’s financial need, each institution will give a percentage of the need they meet and the remaining portion of the awarded funding will be either borrowed or worked for.  The ratio between “gift” money and “self-help” money can vary greatly from school to school.  School “A” may gift 60%, 70%, or even 80% or more, while school “B” may gift as little as 15% or 20%.

How the Process Unfolds

Families sometimes think that the FAFSA is the end of the financial aid process when actually it is only the beginning.

It’s generally best to complete a FAFSA early in October.  This will put the student towards the front of the line and ensures that deadlines are met.

The FAFSA generates a Student Aid Report (SAR) and also provides the colleges and universities with an Institutional Student Information Report (ISIR).  The ISIR contains the results of the FAFSA and the student’s eligibility for need-based funding.  After the institution has received and evaluated the ISIR and the student’s admission application and other related financial aid applications, the student is then sent an Award Letter from each institution where he or she has been accepted for admission.

Award Letters may be distributed by institutions as early as January, and as late as May or June of the student’s high school senior year.

Nearly all financial aid packages are made up of a combination of “gift” money and “self-help” money.  Gift money is money that is given to the student, and self-help money is money that is either worked for or borrowed.  It is also important to know simply because a student may qualify for gift money does not mean all institutions will offer this type of funding to all eligible students.